Julen Lopetegui’s exit went even closer when Barcelona thrashed Real Madrid 5-1 at the Camp Nou on Sunday. Also, Madrid is considering new arrivals in January for the newly appointed coach.

Real Madrid are looking to make a move for Juventus defender Alex Sandro as a replacement for their want-away Brazilian star Marcelo. Sandro’s move to the Spanish capital will follow the appointment of former Chelsea boss Antonio Conte to Madrid, according to RAI Sport. The Italian media outlet claim Sandro has already informed the Serie A champions of his desire to leave the club. 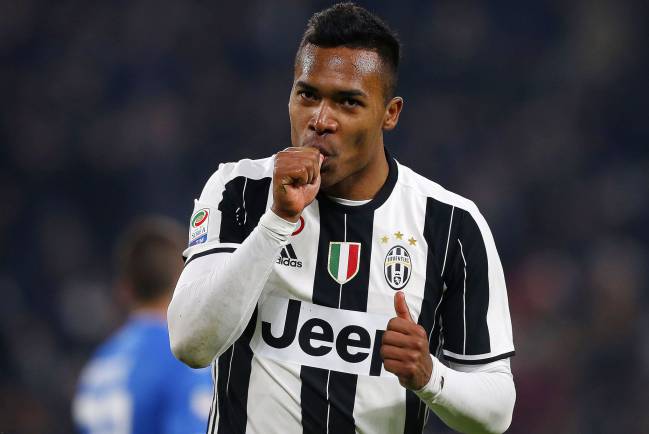 Madrid’s boss Julen Lopetegui is under immense pressure following a series of terrible results and was on the brink of being sacked after Madrid’s 2-1 loss to Levante in La Liga. It has been reported Lopetegui could be sacked if his side lose to Barcelona in El Clasico. If Los Blancos’ hierarchy decide to replace the former Spain national manger with Conte, the Italian will no doubt be delighted to see Sandro join him at Madrid.

Conte knows Sandro well having coached him during his spell as Juventus’ manager. With Sandro’s exit from Juventus seemingly only a matter of time, Madrid might be more inclined to let Marcelo leave the club. Tuttosport claim that Marcelo has asked Madrid to let him leave in the upcoming January transfer window.

Following Cristiano Ronaldo’s transfer to Juve in the summer, the Italian giants have reportedly made enquiries for the Brazilian World Cup winner – but a deal was not forthcoming. Tuttosport report that Juve have now put aside finances for a potential deal and there seems the prospect of the two players switching teams. However, any or both deals could hinge on the future of Madrid’s current boss Lopetegui.

Ahead of El Clasico he spoke about the support he has from the dressing room. “They believe in me and I believe in them,” Lopetegui said. “And that goes to show that we are working well and working hard, and have the motivation to please our fans. We are heading (to Barcelona) with the maximum ambition.”

I think the atmosphere around Real Madrid since the start of the new season has gone really toxic and it’s time that a change in personnel is made as soon as possible.