The Brazilian left-back recently gave an interview with magazine Club del Deportista where he discussed the departure of Ronaldo to Juventus and the void he has left for the Spanish giants.

Marcelo has been constantly been linked with a move to Turin to join Ronaldo at Juventus but when he was asked about his opinion about leaving the Spanish Capital he quickly replied saying  “It never entered my mind to leave and look for other options. I have always done everything possible to stay at Real Madrid”. Marcelo always had a dream of playing for Real Madrid and when he joined he felt quite amazing to be part of their history. 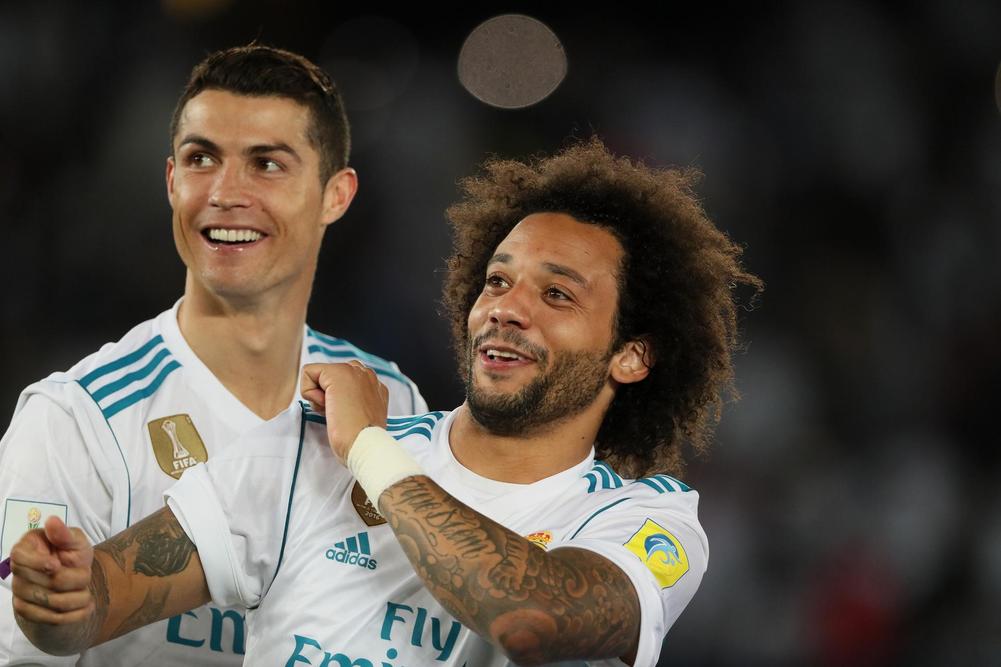 The Portuguese star is quickly settling in Serie A and has scored 11 goals in 20 matches. Real are struggling in his absence and both Benzema and Bale have failed to step up in his absence. Marcelo also admitted the fact that Real Madrid misses Ronaldo a lot. And went to say that “It’s obvious that when the best player in the world isn’t in your team you’re going to miss him. But I don’t want to say that we don’t have the best players in the world in every position”

The Brazilian star also accepted the fact that fans are criticizing the poor start by the La Liga giants but said that “things are slowing getting into shape and they hope of turning things around in the next couple of months”.

Marcelo and Ronaldo’s combination was something that Real Madrid fans can never forget. The relationship they share off the pitch is very strong and Marcelo has now publicly shown his admiration towards the Portuguese star which is a nice gesture on his behalf.